They say that seafood is a handshake business, built on trust and longstanding relationships. A solid buyer-vendor relationship concerning these globally traded, highly perishable goods can take time to establish.

Lasting partnerships can, however, start in just a few minutes. Seafood 1on1, a match-making event presented by FirstSource Events pairing seafood buyers with suppliers in a low-key setting – in this case the comfortable yet modestly appointed Hotel Providence in Providence, Rhode Island, USA – is counting on it. At this laid-back exchange, the attendees shared common goals – to network and sell more fish.

Before individual meetings commenced, speakers during an afternoon conference program urged the importance of continuous education and information sharing to help solve some of the mysteries that keep seafood sales somewhat stagnant.

John Fiorillo, executive editor at IntraFish Media, said that sales of third-party certified seafood reached $11.5 billion in 2015, with 80 percent of that total from wild-capture fisheries. Certified aquaculture products, however, are growing at a rate about twice as fast. Overall, the market for certified-sustainable seafood is the “most transformative trend of the last 15 years,” he said.

“It’s changing the way that seafood is supplied,” he added, referring to aquaculture as the “bullet train” of the top trends in the industry, ascending to No. 1 on his informal rankings. Despite the “limitless” potential of fish like tilapia, the environmental impacts of production, which weren’t top of mind 20 years ago, are now a constant concern. “I don’t think any of you go through a day without thinking about [sustainability].”

Education, information –that is what will get us beyond this. The more we share, the more the convergence continues, the more likely the stories will be nuanced and fuller and ultimately we can get there together.

Meet-ups like the one in Providence – a stark contrast to the massive convention center-filling spectacles like Seafood Expo North America and Seafood Expo Global that attract thousands – are finding a niche. This is the fourth Seafood 1on1 event, with a different host city each time. Interest is high, say show organizers, and both sides of the table report positive outcomes. Buyers included Price Chopper, Foodbuy, Gorton’s and Landry’s Inc., while the supply roster was filled by Newport International, New Zealand King Salmon Co., Harbor Seafood and Blumar USA, to name a few. Similar 1on1 events also exist for meat and poultry and deli and cheese.

There is an educational component in the individual meetings and the conference sessions. Retailers and foodservice professionals need all the help they can get in merchandising and selling seafood while educating their customers on the nuances behind the environmental and social issues the industry is confronting. Declining per-capita consumption is one: According to the National Fisheries Association, U.S. per capita seafood consumption was 14.6 pounds in 2014.

Griffin, of Johnson & Wales, said many foodservice professionals lean on their suppliers for education and guidance. With $782.7 billion in sales in 2016, according to a National Restaurant Association projection, restaurants are a crucial point of contact for seafood consumers. “There are many barriers, and we need to ease the friction with buying fish,” Griffin said. With thousands of species and product forms available, seafood is about as complex as it gets.

The reputation of farmed fish in the marketplace has been equally complicated, but as the industry matures, and as the troubles that marked its infancy begin to fade, it’s time to tell the story in new ways, said Phil Walsh, VP-Growth for Alfa Gamma Seafood in Miami and a contributor to the Advocate (see Walsh’s columns here and here).

“Let’s look at the history first. Putting ‘farm raised’ in front of a fish guaranteed robust sales. The customers came running in. But something happened in the last 20 years,” he said. “Aquaculture has had a tough road to hoe, but it prevails for all the right reasons, like the quality of the harvest.” Walsh suggested adding positive messages about aquaculture with every box of fish that suppliers ship out.

Richie Stavis, CEO of Stavis Seafoods in Boston, is a passionate third-generation business owner whose company manufactures dozens of value-added products that adorn supermarket display cases. There, at the point of sale, is where the opportunity lies, he said.

“Education, information –that is what will get us beyond this. The more we share, the more the convergence continues, the more likely the stories will be nuanced and fuller and ultimately we can get there together,” he said.

Longtime seafood merchandiser and supplier Chuck Anderson who’s now director of procurement and sales for Sustainable Sea Products International, said aquaculture critics need to understand that the industry is still in its infancy and deserves the kind of support that land-based agriculture gets.

“We farmed produce for thousands of years. In the 1930s, we had the dustbowl because we didn’t know how to rotate crops. We just started aquaculture in the 1980s. to bash farmed salmon for your own profits is wrong,” he said of the non-governmental organizations that targeted farmed salmon. Anderson said that many of those critics have since silently moved on to new causes.

“One NGO at Boston said we’re not even doing salmon anymore,” he said. “They did all that damage, trashed us for 30 years … Why not help with the positive message instead of moving to the next crisis. Let’s heal the wound.” 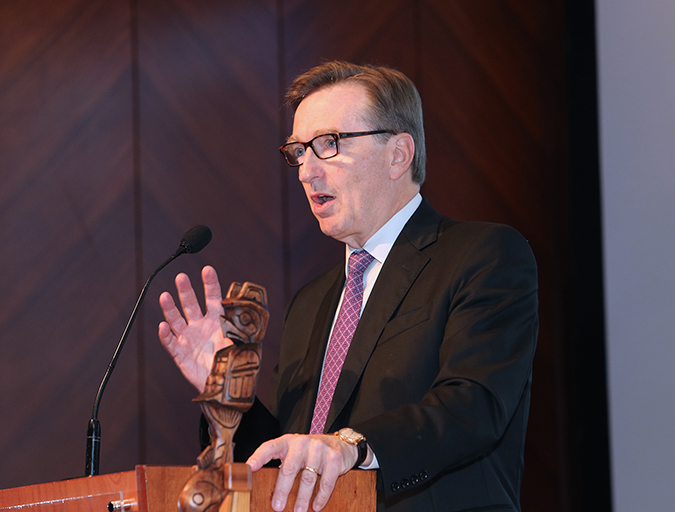 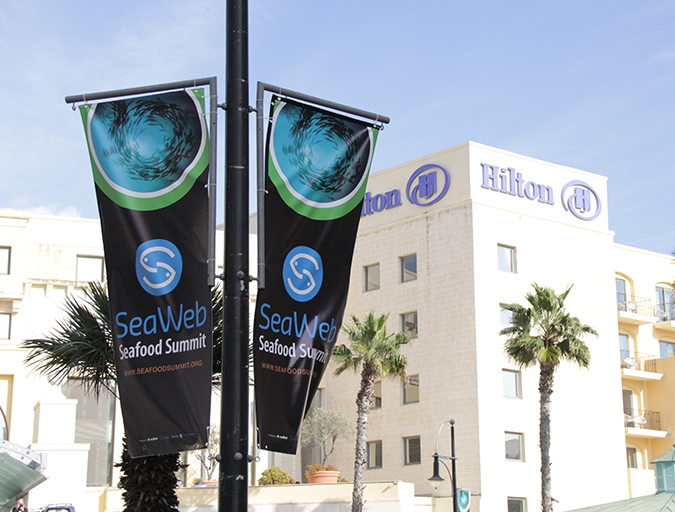