The Mixing Cost Center (MCC) is considered to be the heart of the feed manufacturing process. The ground ingredients are conveyed to the MCC to be blended into a feed ration. Here, all formula ingredients are mixed together to produce a homogenous blend. It is critical that the mixing operation be performed under strict guidelines to avoid under- or over-mixing (segregation).

For shrimp feed formulas, the mixing should be done in two continuous steps. First, dry mixing in which all major ingredients are added from the largest to the smallest amount, followed by the minors (also largest to smallest). The second step is the wet mixing, where the liquid ingredients are added. The sequence of addition of liquid ingredients must also take into account the type of liquid added. Water should be added first to permit the hydration of the dry ingredients (mainly cereals and some proteins ingredients). Oil should be added last to avoid the particles to be coated, which could prevent proper hydration of the ingredients. The mixer is not idle between the two mixing steps, but blending until the total optimum mixing time has been achieved.

The only way the operator can control the process is by following a checklist with the formula or product type, the order of the ingredients in the formula, the bin in which each ingredient is being sourced from, and columns to generate the total amount of each ingredient used. The latter shows the total usage of ingredients in a shift or the day, and this can help consolidate ingredient inventories. An example of such a checklist is shown in Fig. 1. If a mistake is detected, the operator should record it, divert the wrong mix to a holding bin for reprocessing, and report it immediately to the QA supervisor.

Before starting the mixing process, the operator must ensure that equipment is in good operating conditions. At least every two months, the mixer operator and the maintenance supervisor must check the condition of the parts of the mixer, including state of wear of the paddles or ribbons; build-up of material on paddles/ribbons; and if in the case of a clam shell or drop bottom mixer, ensure that the gates close tightly. Any of these can affect the degree of homogeneity of the mix or produce a poor mix.

The operator is responsible for the cleanliness of the mixer. Improperly cleaned mixers can be a source of cross contamination (antibiotics, mold growth, aflatoxins) especially in feed mills where other farm animal feeds are also manufactured. Improperly cleaned mixers will have build-up material in the paddles/ribbons and this can affect the mixing ability of the unit.

In the pre-grinding system, the ingredients are proportioned into one or two weighing scales and then dropped into the mixer. In this type of system, it is very important that the operator checks each ingredient bin to make sure that it contains the right ingredient (including automated feed mills). If ingredients are proportioned from the wrong bin, the final mix will not have the right raw materials and the formula will not meet the nutritional requirements it was designed for.

To make sure a formula has all the ingredients in the right amounts, random samples of the mix must be collected for each product made. The samples should be collected as close as possible to the mixer discharge through a sample port, located either at the mixer discharge or in the conveying system. The location of the sample ports should provide safe and easy access.

The QA personnel or operator collecting the samples should always be watchful for moving mechanical parts. It is best that collection ports be of the type in which the sample is drawn by gravity, rather than by introducing sampling probes into the equipment. The operator or QA supervisor should always avoid inserting their hands into the sampling ports

It is very important to have the samples properly labeled. The samples collected should include information about the formula type, batch number, and date that correspond to the information collected by the mixer operator, and the finished product (packaging).

Once the samples are collected, they should be sent for analysis to the laboratory. The lab results must match the proximal analysis of the formula. Otherwise, the finished product corresponding to the run number, formula type, and date should not be allowed to leave the plant. When this happens, samples from the finished product should be further analyzed, including amino acid and fatty acid profile and re-used as an ingredient in future runs of the same formula.

Mixing mistakes should be avoided at all costs because they directly affect the efficiency of the plant. When a finished product is reprocessed, this increases the cost of the re-processed ingredient since it must be re-ground, mixed, and conveyed. The inclusion level of reprocessed ingredients should not be more than 3 percent in order to not affect the quality of the final product.

This is particularly relevant with starches, which lose their binding capacity once subjected to water and temperature. If too much of the re-processed ingredient is included, it could affect the water stability of the final aquafeed product.

The mixer test also determines the most efficient time that ensures the productivity of the plant. A 2-MT mixer with 5 minutes mixing time is less efficient than one of the same capacity that can do the job in half the time. As a rule of thumb, the mixer test should be performed at least twice a year, preferably every four months.

The test measures the efficiency of the mixer to produce a homogenous blend at different time intervals. This is measured by the percent coefficient of variation (CV), which is the standard deviation divided by the average (10 samples at each time interval) and multiplied by 100. A CV of less than 10 percent is the standard used in the feed industry as an indication of a good mix. Therefore, if the CV is less than 10 percent at 4 minutes, the operator must ensure that each batch of mix is mixed for 4 minutes. A sample of a mixer data graph showing optimum mixing time is shown in Fig. 2.

It is important that the mixer test is performed with formulas that represent the average density of the various formulas used. An adequate mixer test cannot be based only on a single formula, because due to ingredient variation, each formula may have different densities and thus slightly different mixing times. Therefore, when performing a mixer test, you should select formulas that represent the various ranges of densities used and not just one. Readers interested in more detailed information on mixer tests should consult “Feed Manufacturing Technology IV” (American Feed Industry Association, Inc., www.afia.org).

In the MCC, it is important to achieve a homogeneous blend and also to ensure that the right ingredients in the right amounts have been used. Properly proportioned ingredients, together with the adequate mixing time, will ensure the production of a formula that meets the nutritional standards for the species and growth stage it was designed for. 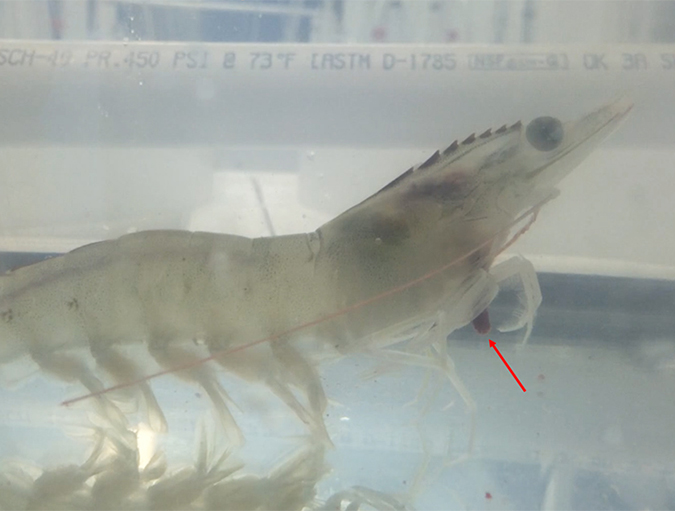 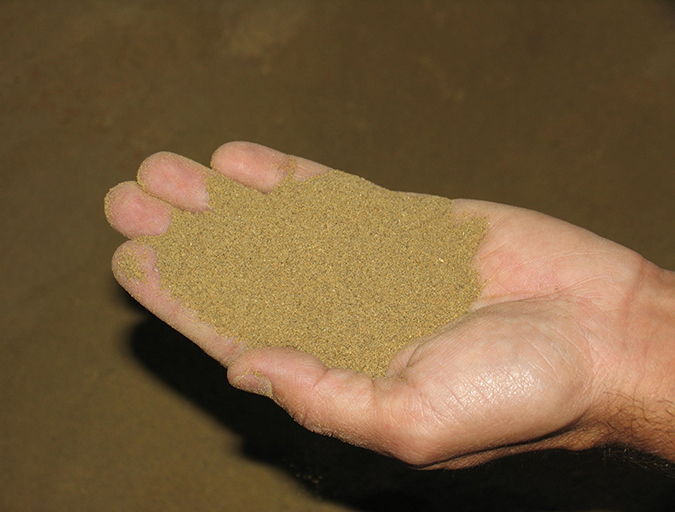 The proper feed particle sizes of aquafeed ingredients are established by the nutritional requirements of the species targeted and by the feed manufacturing process used. For proper ingredient particle sizes, various characteristics are very important, including particle size distribution and pellet density. 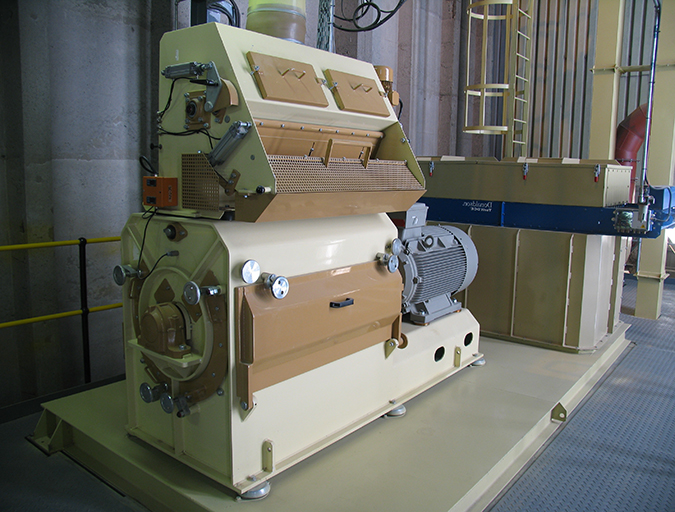