In shrimp feeds, amino acid supplementation is often needed to improve the nutritional values of protein sources due to the limitations of some amino acids. Supplementation is also applied to formulate diets used to determine amino acid requirements based on dose response. Leaching of amino acids, however, is a concern due to the feeding behavior of shrimp, which are slow feeders and nibblers that grasp feed and macerate it with their mandibles. Some added amino acids may be wasted or not well utilized.

To overcome leaching of amino acids in shrimp feed, different approaches have been employed, including encapsulating or precoating crystalline amino acids before they are added to test diets. The utilization of these amino acids, however, can vary depending on the quality of materials or chemicals used to encapsulate or coat them.

Recent research has adopted a method by which the target amino acid is chemically bound to a protein such as wheat or soy protein. This method was originally developed in food science research and successfully used in the determination of lysine requirements for white shrimp in 1995.

The authors conducted an eight-week growth trial at the Oceanic Institute in Hawaii, USA, in which Pacific white shrimp were cultured in an indoor flow-through system with water at 25 degrees-C and 30-ppt salinity. A soy protein-based diet with 20 percent protein was formulated as a control diet containing adequate essential amino acids except for methionine.

The diets were applied to four 52-L replicate tanks containing 12, 1-gram shrimp each. The shrimp were fed four times daily to satiation.

The covalent linked reaction enriched the methionine from 0.62 to 4.70 percent in soy protein isolate. Leaching of methionine was lower in the diets supplemented with soy protein-bound methionine than those with the crystalline form regardless of supplementation level (Fig. 1). Greater leaching was reflected at higher levels of dietary inclusion and for longer periods of submersion.

The results indicated that soy protein-bound methionine did not improve the growth of shrimp when compared to crystalline methionine, but did exhibit greater water stability. A longer feeding trial may be needed to further confirm the effects on growth of the two forms of methionine.

The overall low growth of shrimp in this study was probably due to the rather low crude protein level in the test diets, restricted feeding frequency and suboptimal water temperature. The highest level of soy protein-bound methionine tended to decrease the growth rate of shrimp. 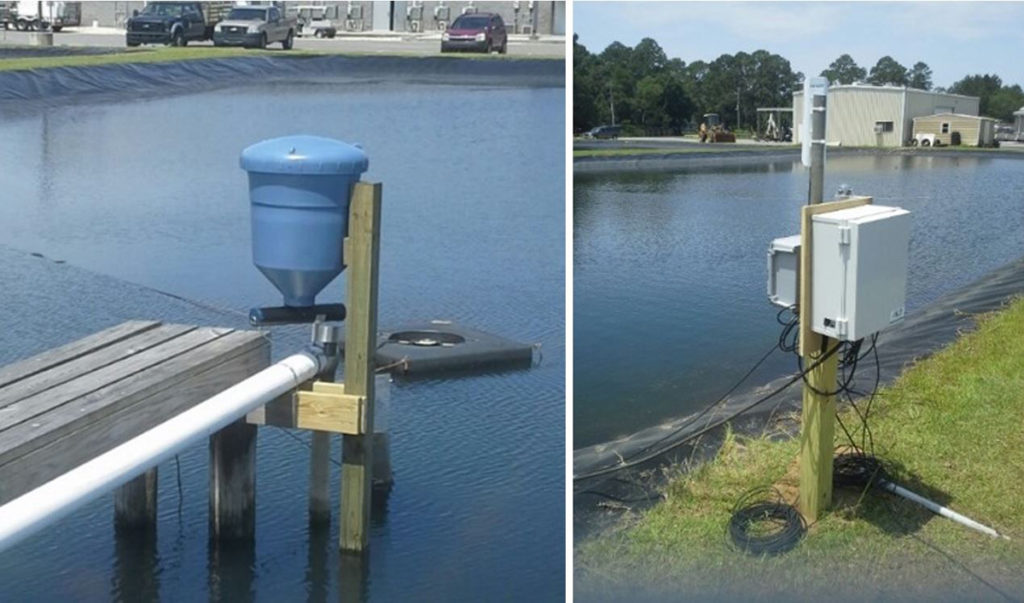