All 22 Arab countries comprising the Arab region are producers, importers, exporters and consumers – at some level – of seafood products. Their combined total seafood production from capture and aquaculture activities reached a record of 4.7 million metric tons (MT) in 2016, of which 1.5 million MT (36 percent of total) came from aquaculture. In looking back, the Arab countries have made significant progress since 1984, when landings from fish farms did not exceed 22,000 MT. Aquaculture production in the region grew by over 60 percent during the 1990s.

In 2016, the total imports of Arab countries for all seafood commodities in various forms reached 1.3 million MT and were valued at about U.S. $3.3 billion. Countries in the region exported a total of 1.1 million MT, at a value of about $2.1 billion. Considering total production, and balancing imports and exports, there were about 4.7 million MT of seafood available for consumption by the population in the region, estimated in 2016 to be 420 million people. The overall result is a negative seafood trade balance of $1.1 billion and an average annual per capita consumption in the same year of about 11.7 kg, with a global consumption average of around 20.3 kg per year.

Fish markets in Arab countries are continuously adapting to free market trade policies in seafood products. More countries are increasing their exports of quality fish to prime markets in the European Union, the United States and Japan. However, the bulk of the exports are canned products from Morocco. On the other hand, imports are mostly of lower-value small pelagic species, which are mainly imported by Egypt, although high-value products are also imported to high-income countries.

With declining wild fish resources in the region’s fishing grounds, and even though aquaculture is growing fast in some of its countries, the Arab region will continue to be a net importer of seafood products to supplement their domestic landings for years to come.

While tariffs and other trade barriers do not seem to be an issue, there are still several other constraints to trade, including incomplete and unreliable data, sparse choices for transportation, infrastructure limitations, a limited number of products and strict quality requirements.

Capture fisheries resources along the region’s 23,400 kilometers of coastline – from the waters bordering the Arab countries as well as inland waters and aquaculture – are considered a very important sector for development. If rationally and scientifically exploited, fisheries could play a much more important role in meeting increased demand for food, and in activating the economies of several states. Fisheries resources have the advantage over oil resources in being a renewable and self-replenishing resource, while oil reserves are limited, cannot be replenished and eventually exhaust. Furthermore, fish as food meets an important demand and could be an even more important contributor to Arab food security efforts.

During the recently held 6th Arab Conference for Investment in Food Security, held in the United Arab Emirates last November, it was reported that there is a significant decline in agriculture in the Arab region, while at the same time there is a large increase in consumption due to population growth. It was also pointed out that the Arab region is the largest food-deficit area in the world, importing 70 percent of its food, so the issue of Arab food security is a serious issue. This situation would mean that the area is potentially an important market for seafood products, for both internal and external market seekers, which means the region will continue to be a major importer of seafood and significantly declining exports.

Most supply in these years came from Egypt with 1.4 million metric tons between 2012 and 2016. Aquaculture contributes significantly to the region seafood supply, with 36 percent of the total production in 2016. This is a major increase from 2007 aquaculture production, when Egypt reported 636,000 MT, which accounted for 92.4 percent the total aquaculture production for the Arab region.

Total fish supplies in 2016 made available for consumption from domestic sources, imports and excluding exports reached 4.7 million MT. The major fish supplies are from Egypt, which had the highest share with 1.7 million MT (about 36.5 percent of total supply), followed by Morocco with 1.3 million MT  (28.9 percent); Mauritania with 570,766 MT (12.2 percent) and Oman with 272,154 MT (5.9 percent of total). These four top producers of seafood account for 83.5 percent of the total Arab fish production.

Seafood is generally believed to be the most heavily traded food commodity worldwide, with around 40 percent of seafood produced crossing international boundaries. The Arab region is no exception in this regard, as trade is very important in the seafood supply chain. The region demonstrates a varied trade pattern. Egypt, the main importer, tends to export small quantities of high-value products while importing low-value fish in bulk. However, to help limit seafood imports, Egypt has recently embarked on several mega aquaculture projects to provide the local market with more locally produced fish. Other countries similarly export high value seafood (e.g. shrimp from Saudi Arabia) but also import expensive finfish and other higher-value seafood commodities.

Data on seafood trade in the Arab region, although improved somewhat in recent years, is still generally scarce, and the sector would benefit from more consistent and comprehensive data on seafood production, trade and consumption.

Generally speaking, per capitafish consumption is highest amongst Arab states that have low populations but relatively abundant fisheries resources such as Oman and the United Arab Emirates, at around 30 kg per year, while others have the lowest per capitaconsumption like Jordan, Palestine, Sudan and Syria at less than 3 kg per year. Consequently, this relatively low regional consumption rate is surprising, because several countries in the region have long coastlines and some have large inland water bodies, and others have good potential to expand their aquaculture activities while others have good potential to introduce aquaculture projects to supplement their fishery landings.

The Egyptian market has gone to considerable lengths to increase its fish supply through a huge expansion of aquaculture and through high levels of imports. A reasonable case can then be made for this being a level of demand that could develop throughout the region. This suggests that the markets that could expand very significantly would include Iraq, Saudi Arabia, Iraq, Morocco, Tunisia, Syria and Algeria. Of these, Saudi Arabia presents the most promising prospect, having the wealth required to import high-value farmed seafood. In contrast, Iraq will not be a viable market for some considerable time.

Generally speaking, the Arab region preference is for fresh, whole fish. However, recently, whole frozen fish have become widely accepted in most countries. Cured fish (mostly dried) is also popular, but only in remote areas far from the coast or main cities. Consumers in the region traditionally eat fish species caught in the waters bordering their countries or from their inland waters. The larger demersal species – such as snapper, grouper, mullet, silver pomfret, sea bream, sea bass, emperors and others – are usually the most popular. Large pelagic species such as tuna, barracuda, Spanish mackerel, sharks and others also sell well, and there are large markets for the cheaper, small pelagic species such as sardines, mackerel and anchovies.

Of the freshwater fish, tilapia, Nile perch (a close relative of the Asian barramundi and which is farmed) and carps and are the most popular in Egypt. Whether the origin is farmed or wild seems to make no difference in these markets. Rainbow trout is a preferred species in Lebanon, and carps are popular in Iraq (where the “Marsh Arabs” traditionally produced carp in the southern wetlands). It should be noted that not all of these species are universally popular. Nile tilapia, mullet and carp are favored in Egypt for tradition and cost reasons, while pomfret is more popular in the Gulf Cooperation States, especially in Kuwait.

Though large demersal species are generally sought after, their price discourages consumption in the less affluent countries. For example, these and crustacean shellfish are beyond the purchasing power of most low-income citizens in several countries. Indeed, they are only affordable to a small percentage of the population, some foreign communities and the caterers to the tourist industry. As a general rule, prime shellfish like shrimp, lobster and cuttlefish, caught mostly in the waters surrounding the Arabian Peninsula, are mostly exported mainly to East Asian countries to earn hard currency. 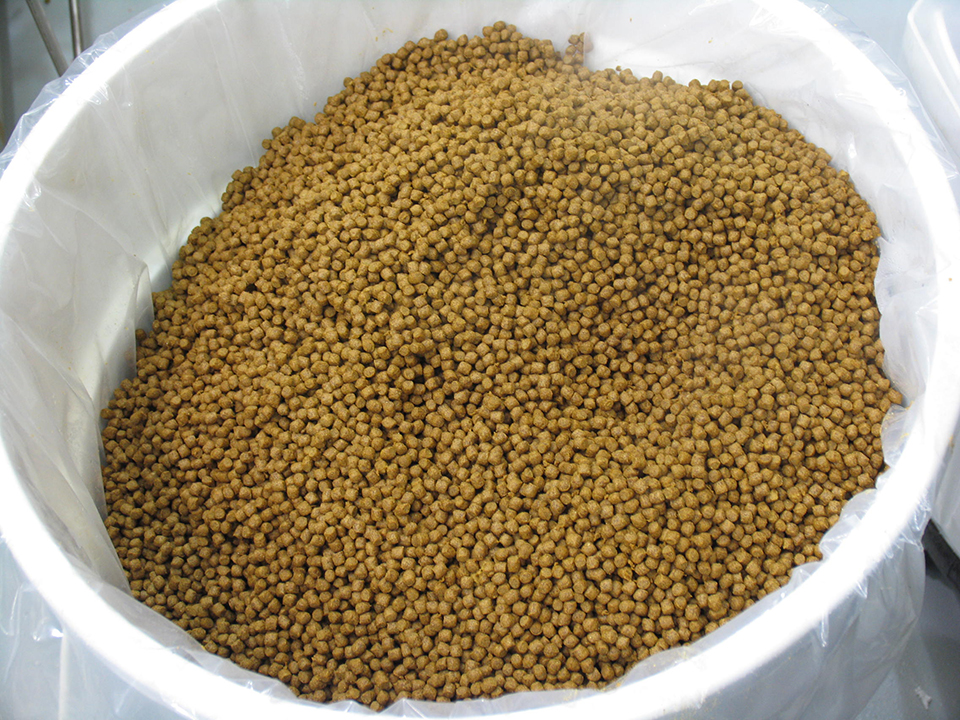 A global survey of feed producers in 134 countries found that aquaculture feed production rose 17 percent in 2012, affirming its position as the fastest-growing species sector. 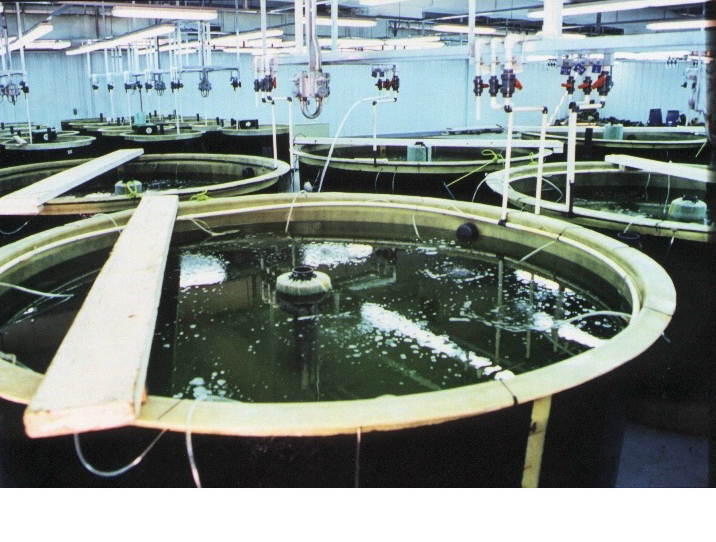