The Malaysian prawn (Macrobrachium rosenbergii), also known as the giant freshwater prawn or giant river prawn, is a species of significant global importance with an annual global production of over 200,000 metric tons (MT). However, cultured stocks of freshwater prawns in the Western Hemisphere are primarily, if not entirely, derived from only 36 individuals introduced to Hawaii from Malaysia during the mid-1960s. Since then there has been no documented addition of new broodstock.

Prawn stocks in this region have thus experienced long-term culture without the introduction of new genetic resources. This makes it likely that “founder effects” were compounded as new cultured populations were established. These sequential bottlenecks are known to potentially reduce levels of genetic diversity. Also, populations established from a limited number of individuals have a higher likelihood of inbreeding, which can negatively affect stock productivity via inbreeding depression.

In an effort to determine if there is evidence of genetic deterioration in cultured prawn stocks and potentially establish a freshwater prawn genetic-improvement program, a series of preliminary studies were conducted at Kentucky State University in Frankfort, Kentucky, USA. The goals of these studies were to provide a baseline genetic assessment of some available strains and compare the hatchery and grow-out performance of some commercially available strains.

As genetic diversity is the fundamental resource on which stock improvement programs rely, it is important to first develop an understanding of available genetic variability. To evaluate genetic diversity, tissue samples were collected from seven cultured and two wild prawn populations and diversity was estimated at five microsatellite loci. Cultured populations included Hawaii-1, Hawaii-2, India-cultured, Israel, Kentucky, Mississippi and Texas, and the wild populations included Myanmar and India-wild.

Genetic differentiation among populations was moderately high with an overall fixation index (Fst) value of 0.1569. Multidimensional scaling of estimated pairwise Fst values revealed two separate population groups. The first group included the two Hawaii populations and the Myanmar and India-cultured populations. The second group consisted of the Kentucky, Mississippi and Texas populations with the Kentucky and Mississippi populations grouping closely.

An initial trial conducted in the spring of 2009 compared the hatchery performance of the three strains. Since the costs of juveniles is over 50 percent of operational cost for most prawn producers, improvements in the hatchery, such as increased fecundity, increased survival or a decreased number of days to achieve metamorphosis to postlarvae, could result in significant savings in hatchery operations.

Gravid females from all three strains were collected from a broodstock holding system and placed into three 700-L larvae collectors and acclimated to 12 ppt salinity. Larvae were hatched over a 48-hour period, then volumetrically counted and stocked into 12, 266-L rearing tanks at a density of 60 larvae/L with four replicate tanks for each strain. Larvae were fed according to a feed chart. Gravid females were also collected for egg clutch removal to determine fecundity and hatch success.

A subsequent pond grow-out trial was conducted in the summer of 2009 to evaluate the performance of the three pure strains under low and high densities. Forty-five-day nursed juvenile prawns (0.8 ± 0.3 grams) from the three strains were stocked into 18, 0.04-hectare (ha) ponds at either 24,700/ha (low density) or 74,000/ha (high density with added substrate).

Prawns were fed 28 percent protein sinking pellets once daily at a standardized rate. Dissolved oxygen, temperature and pH were monitored twice daily, and total ammonia nitrogen, nitrite, alkalinity and hardness were monitored twice weekly. At the end of a 16-week period, all prawns were harvested, bulk weighed and counted.

Under both management strategies, the commercial Hawaii and Texas strains performed very similarly and better than the wild Myanmar strain in terms of total production and average weight (Table 1). Survival was significantly higher in the Texas and Hawaii strains when compared to the Myanmar strain under high-density management. However, under low density, survival of the Texas strain was higher than the Myanmar strain, while the survival of the Hawaii strain was not significantly different from that of the others.


These results likely demonstrated the positive impacts of the process of domestication. Inbreeding depression in the commercial strains was not indicated by these data. 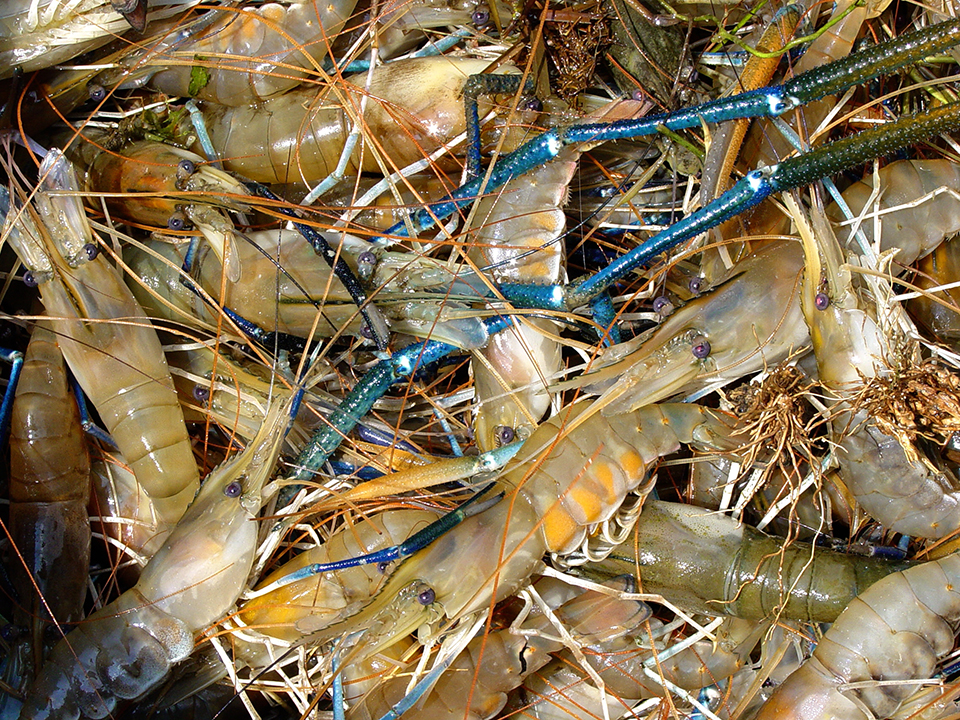 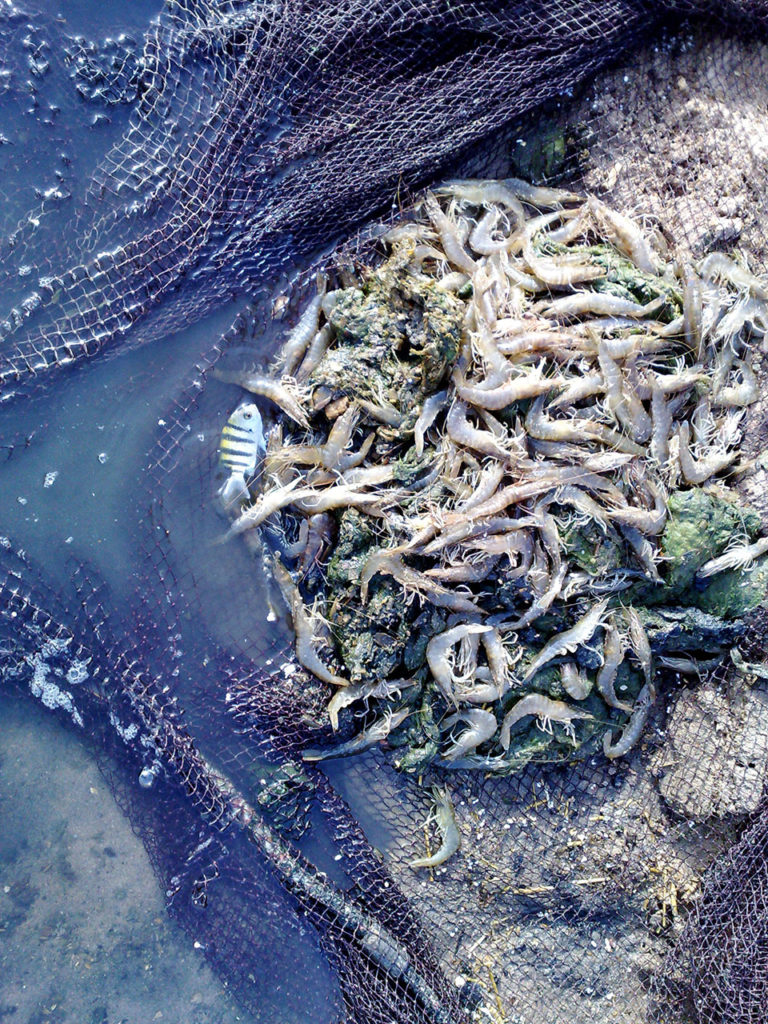