Investors who are drawn to the aquaculture sector like its long-term potential and its many environmentally responsible attributes, especially when compared to other protein production methods. And the fragmented nature of the seafood industry that moves its products is ripe for mergers, acquisitions and other financial opportunities.

But if interest is so high, why so little investment activity? For money managers who follow this relatively young industry with both compelling bona fides, roadblocks like disease remain significant.

“We face incredible challenges,” said Malcolm Pye, CEO of Benchmark Holdings, a company involved in animal health, advanced nutrition, breeding and genetics, told the told the IntraFish Seafood Investors Forum in New York last week during his keynote address. It was the 10th such event, which occurs again this fall in London.

“Disease is the single largest challenge we face in the industry right now. And it will not be solved by the application of one tool,” Pye added.

Michael Donner, president of Pontos Aqua Holdings LLC, said during a panel discussion with other investors active in the seafood space that innovation, growth trends and opportunity for consolidation are what drew the interest of his private-equity parent company, Tinicum Inc., to aquaculture.

“We’re very long-term capital. The industry has long industry cycles associated with it, which played well to our investment mandate,” Donner said, while using the words “patient” and “flexible” to describe Pontos’ vision. An industry made up of small, family-owned businesses carefully choosing its financial partners is in need of involved owners to take their businesses to the next level, he added.

Thor Talseth, portfolio manager at AMERRA Capital Management, said his firm is investing in up- and midstream businesses in the Americas and Europe.

“We don’t have limitations [as to] where in the value chain,” he said. The vast majority of the companies he sees in both wild and farmed seafood are “small, with limited access to capital, limited access to talent. Our mission is to contribute whichever way we can to build strong companies. The capital is limitless; there’s no shortage. The challenge is matching capital with opportunity.”

Throughout the one-day event, aquaculture was without a doubt the key area of interest, particularly salmon farming. Regin Jacobsen, CEO of Faroe Islands farmed salmon producer Bakkafrost, predicted a volatile market this year despite annual global demand growth for farmed salmon ranging between 6 and 8 percent. Bakkafrost now exports 70 percent of the salmon coming out of the Faroe Islands. Consolidation has reshaped the industry there; 15 years ago there were 65 salmon companies, but today there are four, Jacobsen said.

Disease is the single largest challenge we face in the industry right now. And it will not be solved by the application of one tool.

While operators in the Northern Hemisphere have their well-documented struggles with sea lice, the main cause of the volatility today lies in the Southern Hemisphere. Steven Chambers, senior analyst at Anavon Capital, said a series of devastating production losses – infectious salmon anemia (ISA), volcanic eruptions, salmonid rickettsial septicaemia (SRS) and the devastating algal bloom that continues to cause millions in damage to the salmon and local fishing industries — have left him “bearish” on Chile.

“The room knows the events in Chile the past few years. The algae fluke is very bad luck for an industry already reeling,” he said. “Structurally the regulatory framework in Chile created an unstable industry. It’s sad to see that the banks and [regulatory] authorities have been able to practically destroy an industry that should have flourished. I don’t see it changing.”

Delivering further sobering messages about Chile was Alf-Helge Aarskog, CEO of the world’s largest salmon farming company, Marine Harvest. The situation there points to the real possibility that current volumes should be reduced.

Marine Harvest is trying numerous ocean pen designs, including the completely closed “egg” system and new submergible cages designed like donuts that collect waste and prevent sea lice, whose larvae only stay in the top 10 meters.

“Both, if successful, will change this game completely. And it’s about time, because we need to grow and get more fish to the consumer,” Aarskog said. “In the future we will see new ways of farming fish. The old ways are over.”

Throughout the day, it became clear that aquaculture and new technological applications are the true game changer for investors who have long wanted to reshape the seafood industry but lacked the appetite for risk that wild capture production methods often provide.

In the future we will see new ways of farming fish. The old ways are over.

“Growth in aquaculture will be enabled by unrivaled innovation, from feeding to technology,” he said.

Technology took center stage in New York when big news broke during the investors forum: Canada approved AquaBounty Technologies’ genetically modified (GM) Atlantic salmon – the AquAdvantage – for sale as food throughout the nation. Ron Stotish, CEO of AquaBounty, took to the podium moments later to talk about “one of the most-regulated products in the history of our industry.”

“We are a technology company,” Stotish said, turning the audience’s attention to what the future may hold, and how farming GM fish could become a safe economic proposition, with land-based facilities producing fish near major cities, cutting down on distribution costs. Stotish added that recirculating aquaculture systems (RAS), which are often criticized for their excessive cost, could be far more efficient and profitable if they grew a fish that grew to market size in roughly half the time as conventional farmed salmon, which AquAdvantage has been shown to do.

“Think of a world with a salmon that is genetically resistant to ISA,” Stotish said, illustrating the potential when biotechnology and aquaculture intersect. “These things are not just possible but likely using the technology we used to create AquAdvantage salmon.”

Despite the big news out of Canada, the product still faces an uphill battle regarding market acceptance in the United States. The U.S. Food and Drug Administration in November 2015 approved AquaBounty’s new animal drug application for the sale and consumption of the fish. Stotish said the conversation about GM fish needs to change.

“Instead of talking about science and gene sequences, let’s talk about food and food for the future,” Stotish said.

And who better to talk about the future than Alan Shaw, CEO of Calysta, the ambitious international biotech company making a single-cell organism aquafeed called FeedKind® Protein using only oxygen, nitrogen and natural gas as inputs.

“For every ton of FeedKind® sold, it’s one more ton of fishmeal left in the ocean,” said Shaw. “In the last 12 months we’ve gone from something that looks good to something that is absolutely real and will play a major role in transforming the industry. This is the innovation that everyone has been looking for.” 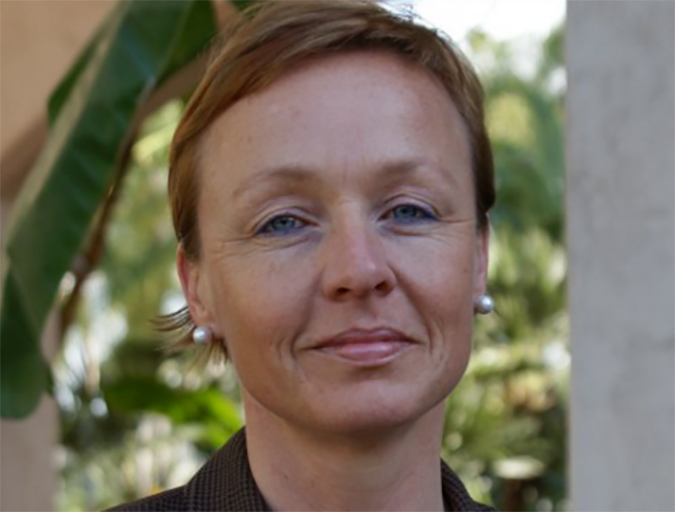 Always seeking to understand the role of business and politics in stewarding the environment, Melanie Siggs has high aspirations for the global seafood industry and its future in helping to feed the world. The independent advisor talks to the Advocate about what makes aquaculture investible, the importance of strategic thinking and the role of NGOs.

What investors see when they look at seafood

Investors see the good, bad and ugly aspects of the seafood industry. Experts at the IntraFish Seafood Investors Forum described the headwinds facing the market, like consumer confusion, while offering glimpses into their strategies (hint: patience is a virtue).