Freshwater prawns (Macrobrachium spp.) have been farmed in India for many years, either in polyculture with carp or extensive monoculture in the states of West Bengal, Orissa, Gujarat, Maharastra, and Karnataka. Until the late 1990s, annual production was a few hundred tons.

Then large-scale commercial farming became a reality when fish farmers and rice farmers in Nellore, one of the southern districts of Andhra Pradesh, started growing freshwater prawns. A record crop of about 12,000 tons was produced in 2000 to 2001.

There are about 35 freshwater prawn hatcheries with a total installed capacity of 750 million postlarvae per year. Though stocking is done throughout year, the peak season for hatcheries is from July to February, just before and after the rainy season.

Most hatcheries are owner-operated, with a few operated on a leased basis. Most use farm-reared broodstock prawns. The founding population was probably rather small, and therefore farmed stocks could suffer from inbreeding that could adversely impact prawn growth and survival.

Hatcheries depend mainly on egg custard and artemia nauplii for feeding. About 15 to 20 kg of artemia cysts are needed to produce 1 million freshwater prawn postlarvae (PL), as opposed to 8 kg of artemia for 1 million marine shrimp PL. Very few hatcheries use commercial larval diets.

The typical survival rate is 10-30 percent. White muscle or idiopathic muscle necrosis, which produce mass mortalities in the late PL stages, is the major disease problem faced by the hatcheries.

Earthen ponds are used for nursery and grow-out. Rectangular ponds of 0.5-1 ha are ideal for the culture of scampi. These ponds are 1.5 meters deep, and with adequate bottom slope to facilitate harvesting.

Ponds are usually sun-dried between crops, which accelerates decomposition of the organic matter that accumulated in the pond bottoms during the previous crop. The sunlight also eliminates pathogens and carriers that may subsist in the soil.

Plowing is done with a disc harrow and limited to a depth of 5 to 10 cm. Tilling is done while the bottom soils are still somewhat moist, but dry enough to support the weight of the tractor and prevent the formation of ruts. The ideal soil pH is 6.5 to 7.5.

The water source for Indian ponds is mainly groundwater, with bore holes of 6 to 45 meters found in the Nellore region. Surface water is not used widely because of its high pH, and for fear of pesticide residues from agriculture runoff. Although most farming is done in fresh water, farmers are experimenting with culture in water of up to 8 ppt salinity.

Water depth in the ponds is maintained at 1 to 1.5 meters. Was exchange is done only when there is significant organic matter accumulation and excessive algal blooms, typically once every 15 days.

During the nursery phase, most farmers use feeds made by commercial feed companies. When the prawns are transferred to grow-out, many farmers switch to cheaper feeds produced by smaller feed mills. Commercial prawn feeds contain 28 to 32 percent protein.

Grow-out operations are typically preceded by a nursery phase at most prawn farms.

Prawn larvae are usually stocked at the PL5-7 stage at a stocking density of 20 to 25 per square meter, and reared for a period of 40 to 45 days. At the end of the nursery phase, the animals reach an average body weight of 2 to 2.5 grams.

Animals are then stocked into grow-out ponds at a density of three per square meter and reared for another three months. At the end of that time, the animals reach an average body weight of about 45 grams.

Partial harvesting starts at this stage. The berried females and bigger males (over 60 grams) with blue claws are harvested. It takes seven or eight additional partial harvests spread over a period of four months to complete the harvest.

Survival ranges 70 to 80 percent, with typical yields of 1,000 to 1,200 kg head-on shrimp per hectare. Average body weight is 40 to 50 grams. The males reach an average weight of 60 grams, while females reach 35 to 40 grams in a culture period of six to eight months.

Table 1 presents various disease and production-related problems observed in freshwater prawn farming in India, along with their probable causes and solutions attempted by the farmers. Table 2 presents a typical scenario of costs and income for a freshwater prawn culture operation in the state of Andhra Pradesh. An operating income close to U.S. $1,000 per hectare per crop is possible for a well-managed farm. However, prawn prices fluctuate widely and affect the profitability of India’s culture operations. Currently, freshwater prawn farming in India is limited to only 20,000 ha of water surface, which is a tiny fraction of the country’s potential 3 to 4 million ha. From the state of Andhra Pradesh, modern prawn farming is spreading to other states, but growth seems to have slowed down this year.

A lack of demand for prawns in the export market is the primary reason for the slowdown. Also, rapid expansion of prawn farming in the rice belt of Andhra Pradesh caused concerns over excessive use of groundwater, possible salinization of agricultural land, and conversion of rice farms to prawn farms.

As a result, government authorities and community leaders are placing restraints on the growth of prawn farming. The current lull in growth will be helpful in assessing the costs, benefits, and future prospects of freshwater prawn culture in India. 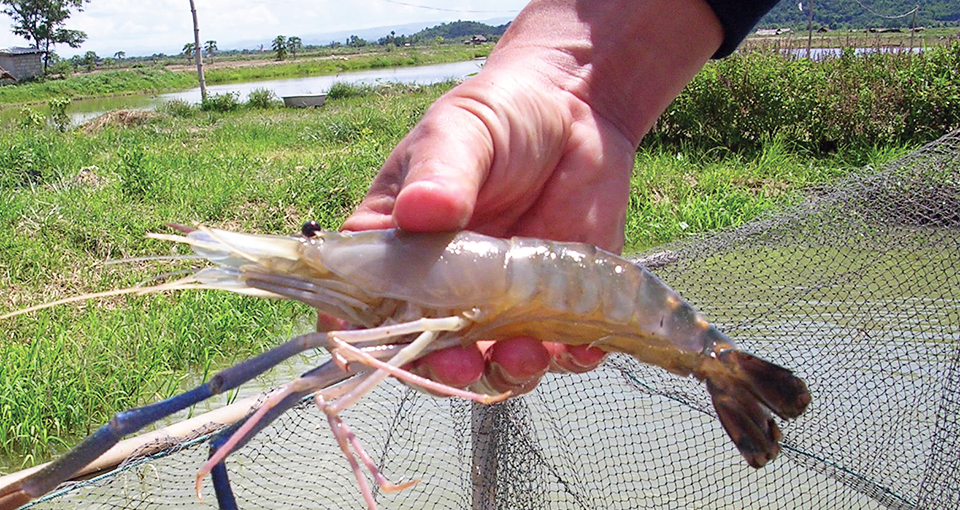 While the industry faces issues, freshwater prawn farming in Thailand offers a lucrative alternative to other forms of farming on small farms.