If there were a prize for the most unusual exhibit at this year’s Seafood Expo Global in Brussels, it might have gone to Wester Ross Salmon in the Scottish Pavilion.

It would not have been for a display of fresh Scottish salmon, but for a tank of live wrasse and lumpsuckers, which the company uses in its battle against the common sea lice (Lepeophtheirus salmonis).

“Our cleaner fish caused a great deal of discussion and made us realize just how little the wider seafood industry knows about their use,” said Wester Ross Managing Director Gilpin Bradley. “We wanted to show seafood buyers the type of cleaner fish we use, and explain just how important they have become in keeping our sea lice numbers down.”

So serious is the problem that global farmed salmon production declined overall by 7 percent last year. In Scotland and Norway, the yield dipped by 5 percent while Chile’s dropped 16 percent.

Cleaner fish have evolved to eat sea lice directly off the skin of salmon without causing harm or distress to the parasite hosts. Their effectiveness reduces, and in some cases, obviates the need to use chemical treatments, according to Bradley. His fish farms, which uses small cages and low stocking densities, uses just one to two wrasse per 100 salmon.

For larger farms, however, the proportion of wrasse to salmon can be as high as 10 percent. Steve Bracken, business support manager for Marine Harvest, explained that cleaner fish make up 5 to 6 percent of fish numbers in their cages.

Cleaner fish have been used in a minor way for several decades on fish farms, and research on breeding techniques has been ongoing since the late 1980s. Until now, their use has been limited because cleaner fish are not easy to manage and it has been easier to use chemical solutions.

However, those solutions no longer appear to be working, so researchers and fish farmers have stepped up their efforts with wrasse and lumpfish, most of which are still taken from the wild.

Fishing and farming’s impact on wrasse

Few could argue that a reduction in sea lice-fighting chemicals is a win for the fish and for the environment. The downside, however, is that increasing numbers of cleaner fish are being caught for use on salmon farms. Such demand has also led to a spiraling price increase, with fishermen cashing in on the situation.

A team of researchers from Norway recently showed that by taking more and more wrasse from the wild, natural populations may be in danger of depletion, with an unknown knock-on effect on the marine ecosystem. This news has alarmed activists, including the Global Alliance Against Industrial Aquaculture, who are campaigning for a ban on their use. The angling fraternity is also concerned.

The researchers compared wild wrasse populations at four marine protected sites and four areas where wrasse have been caught for salmon farm duties for several decades.

“This tells us that fishing may be reducing the natural populations,” said Dr. Kim Halvorsen of the Norwegian Institute of Marine Research in Storebø, Norway. “It’s never been shown before, but these numbers could indicate that fishing has had an impact.”

According to Halvorsen, the number of wrasse caught each year in Norway has grown from less than 2 million in 2008 to 22 million in 2016, to supply the country’s salmon farms. These have a requirement for 40 million cleaner fish each year.

We still don’t know why lumpsuckers eat sea lice, and we don’t even know if they feed on sight or by smell. If we could find this out it would help make them more effective.

As a direct result of the research, the Norwegian government’s Directorate of Fisheries is seeking to implement new catch and size rules for wrasse, to protect the fish population.

In the UK, eight hatcheries are currently breeding cleaner fish, and the importance of their work was reinforced at a dedicated conference in Glasgow, Scotland, earlier this month. Co-hosted by the Scottish Aquaculture Innovation Centre (SAIC) in partnership with the Norwegian Seafood Research Fund (FHF), it brought together industry personnel and researchers from the Faroe Islands, Iceland, Ireland, Norway and Scotland. The aim was to improve everyone’s understanding of the role of cleaner fish, and to help make more efficient use of this biological sea lice control.

An international panel of speakers covered transportation and deployment of wild fish, cohabitation, sustainability, health and nutrition, and the range of tools and support available to support their research and use.

“Cleaner fish need looking after as much as salmon. They have to be fed to maintain their welfare, and like to rest at night, so at Wester Ross we have built secure hides for our wrasse to escape to when they are not busy at work,” said Bradley.

Although lumpfish are also used as cleaner fish in salmon cages, far less is known about them and a call was made at the conference for greater research efforts into this species.

“We still don’t know why lumpsuckers eat sea lice, and we don’t even know if they feed on sight or by smell. If we could find this out it would help make them more effective,” said Kjell Maroni of FHF.

Hatchery bred cleaner fish can help to reduce the numbers taken from the wild, but production is not yet at a level where full replacement can be achieved.

Marine Harvest recently purchased a land-based fish farm in Wales, and is currently fitting it out as a hatchery for cleaner fish.

“We acknowledge that as an industry we cannot continue to take wild wrasse and lumpfish from the sea and already work with several partners who provide hatchery-bred fish for us. The new hatchery will take things a step forward towards full control,” said Bracken.

“The deployment of wrasse to control sea lice should increase the availability of farm sites, reduce medication costs and increase production efficiency.”

In Scotland, SAIC has initiated a £4 million research project at the Marine Environmental Research Laboratory at Machrihanish, to upscale the use of farmed wrasse in commercial salmon farms in Scotland. The project aims to solve the bottlenecks limiting productivity, and to improve the quality and delousing efficacy of farmed wrasse.

Genomics is the latest tool deployed in the war on sea lice and AquaGen has made great strides in this field. Last year, the Norwegian salmon breeding company sent the first batch of salmon fry from its GEN-innOva® GAIN eggs to Scottish and Norwegian hatcheries. These fish were produced using up to two generations of genomic selection targeted at helping farmers to manage sea lice and gill health. GEN-innOva® GAIN uses both quantitative trait locus (QTL) and genomic selection to achieve results.

When AquaGen found a significant QTL for sea lice susceptibility several years ago, it represented major progress in the field, but it is genomic selection that has now helped them to greater success.

AquaGen has spent the past two years studying fish with two generations of genomic selec­tion for sea lice resistance, working with the Sea Lice Re­search Centre at the University of Bergen and the Uni­versity of Life Sciences.

“Our early results are encouraging and we believe that the power of genomic selection offers real hope for sea lice issues and a host of other salmon diseases we are working on,” said Ødegård. 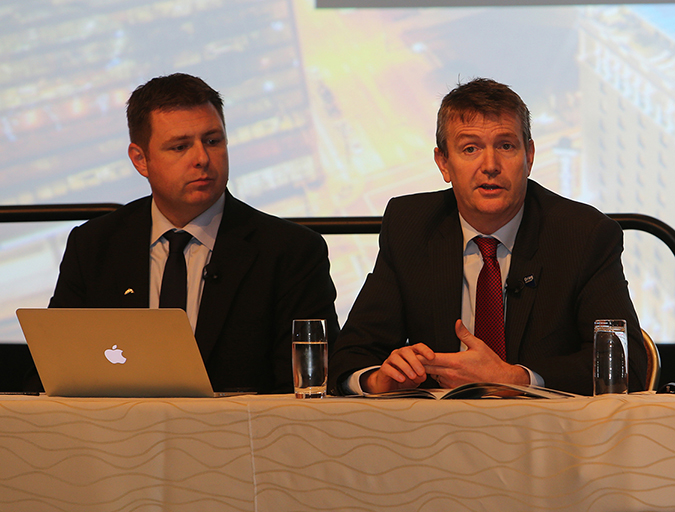