The gonads of several sea urchin species are used to prepare an expensive popular seafood delicacy called “uni” in Japan. The demand for uni is stable and is unlikely to decline in the future, but its high demand has, however, led to overexploitation and depletion of many urchin populations in their natural habitats. Current and future demand for urchin products cannot be met by sea urchin fisheries, and the high demand and monetary value of urchin gonads have promoted interest in their aquaculture of urchins in many places.

Attempts to culture sea urchins have had limited success, partially due to inadequate quality of cultured gonads often associated with the use of suboptimal feeds or culture conditions. Gonad quality plays a key role in the price and marketability of sea urchins and is particularly affected by the type and quality of feed consumed by the animal. Some of the factors that determine gonad quality are size, color, texture, firmness and flavor.

One of the main constraints to urchin aquaculture is the availability of cost-effective diets that can boost both somatic and gonadal growth and produce gonads with the desired color and taste. Numerous studies have tested a variety of formulated feeds for culturing sea urchins to improve both somatic growth and gonad quality. However, many formulated diets have been reported to produce large gonads with a poor, whitish color. Conversely, other studies have shown that certain seaweed diets can produce gonads of marketable quality, but these are often small in size.

The different types of feed given to cultured urchins, the timing, manner in which the urchin is fed and the feeding regime all play significant roles in not only determining the somatic and gonadal growth of cultured animals, but also the potential profitability of the overall echinoculture operation.

The collector sea urchin (Tripneustes gratilla) has been identified as an indigenous species suitable for culture in South Africa. It is one of the most sought-after species in the markets of the Philippines and Japan. Even though there is no wild urchin fishery in South Africa and the existing urchin populations are not actively targeted by the recreational fishery and coastal communities, the abundance of T. gratilla is patchy and is therefore unlikely to sustain an economically viable industry/wild fishery. As a consequence, extensive laboratory-based research has been conducted over the last few years to develop culture technology for T. gratilla.

This article – adapted and summarized from the original publication (Onomu, A.J. et al. 2020. The effect of fresh seaweed and a formulated diet supplemented with seaweed on the growth and gonad quality of the collector sea urchin, Tripneustes gratilla, under farm conditions. Aquaculture Research, Vol. 51, Issue 10: 4087-4102) – reports on a study to assess the effects of fresh seaweed diets and previously developed feeds and feeding regimes on the somatic growth and gonad quality of adult wild‐collected T. gratilla under commercial farming conditions.

The experiment was conducted at the Wild Coast Abalone Farm near Haga‐Haga, in the Eastern Cape Province of South Africa. Adult T. gratilla (50 to 85 mm test diameter) were during low tide from shallow rock pools near the farm, and were acclimatized in holding tanks for 10 days before the start of the experiments. During this period, urchins were fed with farm‐grown U. rigida to allow the animals to recover from the stress of collection, transportation and to acclimate to their new environment. The urchins were then starved for seven weeks, after which 10 animals were dissected to confirm the significant reduction in gonad size which served to standardize the dietary state of each urchin before start of the gonad enhancement trial.

The urchins were held in three aerated tanks in a recirculating aquaculture system (RAS) equipped with a drum filter, biofilters, protein skimmer and a heat pump, to enable better control of the water quality and to raise water temperature above ambient temperature. Weekly mean water temperatures were mostly between 22 and 24 degrees-C except during February when they were between 20 to 21 degrees-C. The RAS had a daily replacement of 22 percent new water, and the entire tank volume was replaced every 4 hours. Each tank had eight suspended baskets used for all phases of the trial. Each tank had two replicates of each treatment and baskets with different treatments were randomly distributed in each tank, resulting in a total of three replicates and four treatments. Urchins were placed in each basket at a stocking density of 115 urchins per square meter.

Four dietary treatments were investigated in this 18-week study. Three of these treatments were seaweed‐based: fresh U. rigida (U), a 50:50 mixture of fresh G. gracilis and fresh U. rigida (UG) and fresh G. gracilis (G), all cultured at the Wild Coast Abalone Farm. The final dietary treatment consisted of a formulated diet incorporating 200 grams of dried U. rigida per kg of feed, designated as the 20U diet. Urchins were all fed ad libitum to ensure that feed was not a limiting factor in the trials. Uneaten feeds were removed every second day from the baskets of urchins fed algal diets, whereas uneaten feed was removed daily for those fed the 20U diet to maintain optimal water quality. Dead urchins were recorded and removed daily and baskets were cleaned twice weekly. No animals were replaced during the experiment.

For detailed information on the experimental design, collection, acclimatization and maintenance of urchins; diets, feeds and feeding regimes; growth measurements, gonad quantity and quality; and statistical analyses, refer to the original publication.

The overall survival rate recorded for urchins in this study (92.7 ± 2.1 percent) is similar to those reported by other researchers with T. gratilla and another urchin species, Evechinus chloroticus fed a fresh macroalgae diet and a formulated feed.

Urchins fed various fresh cultured macroalgae diets (U. rigida; U. rigida mixed with G. gracilis and G. gracilis alone) in this study produced similar somatic growth (weight, diameter and height) to urchins fed the formulated diet (20U). This result is similar to findings by other scientists, who demonstrated that the somatic growth of juvenile T. gratilla (36 to 55 mm) fed a fresh diet of Sargassum macroalgae is comparable to those fed a dry formulated diet containing Sargassum. Although somatic growth did not differ significantly between treatments in this study, this is most likely due to the use of large adult urchins which are already reproductively mature (75 mm mean test diameter). We hypothesized that this resulted in reduced somatic growth of the test due to resource allocation shifting to gonad development and gamete production.

Regarding the effect of feed and change of diet on the gonadosomatic index, GSI [calculation of the gonad mass as a proportion of the total body mass] and gonad weight, we noticed differences between the GSI of T. gratilla fed a formulated diet, and those animals fed the fresh macroalgae diets from the sixth week of the study. Urchins fed the formulated diet had a higher GSI which was almost double (14.37 ± 1.3 percent) compared to urchins fed the fresh macroalgae diets (U = 7.64 ± 1.0 percent; UG = 8.21 ± 1.8 percent; G = 8.27 ± 1.3 percent). This trend continued until the end of the experiment.

Various studies have demonstrated that gonad color can be enhanced through the diet, and seaweeds have been reported to yield better gonad coloration compared to most formulated diets. The mean eye-rated color of urchins fed U. rigida and a mixture of U. rigida and G. gracilis in the present study was shown to improve over time, while the gonads of urchins fed the formulated diet deteriorated and became pale with time.

The texture and firmness of gonads in urchins fed the various experimental diets in this study were similar; they were generally firm and smooth. At the end of the change of diet experiment, the gonad texture and firmness were seen to decline slightly with the consumption of the 20U diet. This, however, is most likely due to the advanced maturity stage of the urchins during the change of diet period and supported by the data that indicate that gonad texture and firmness of urchins in the dietary groups were not significantly different from each other. The reproductive stage of a sea urchin affects its market acceptability, with gonads in the growing or premature stages considered to be the best. The 20U diet increased the rate of gonad maturation in this study.

Results of this study demonstrated that T. gratilla fed a diet of U. rigida or a 50:50 mixture of U. rigida and G. gracilis produced desirable gonad color and urchins fed the 20U diet had the largest gonads. Also, growing urchins initially on seaweed-only diets does not affect somatic growth and a switch to diet of high-protein formulated feed containing seaweed (U. rigida) can lead to rapid production of high-quality urchin gonads. In addition, the study showed that T. gratilla can survive and produce acceptable gonads under farming conditions in South Africa. 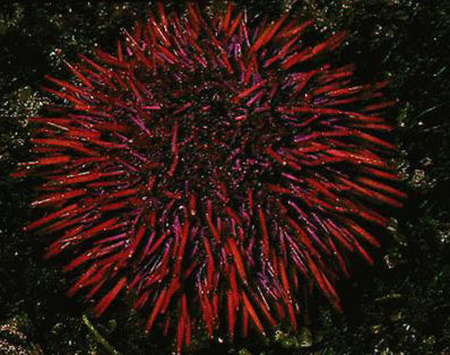 The gonads of male and female sea urchins is considered a delicacy. A strong market value for quality uni make urchins an excellent aquaculture candidate. 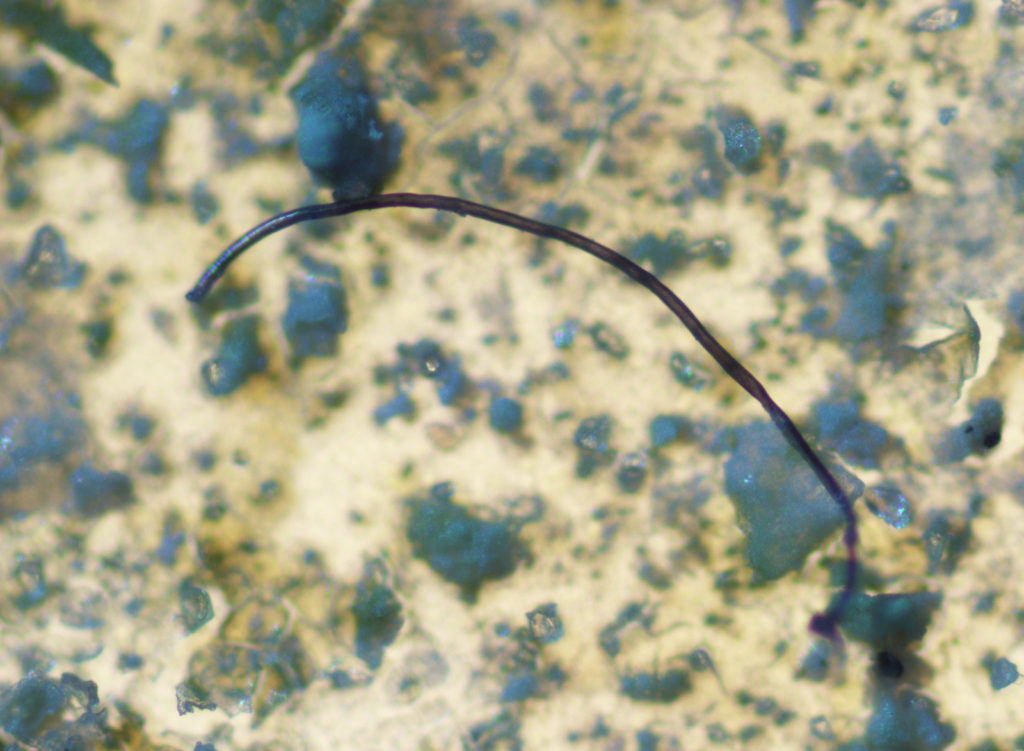 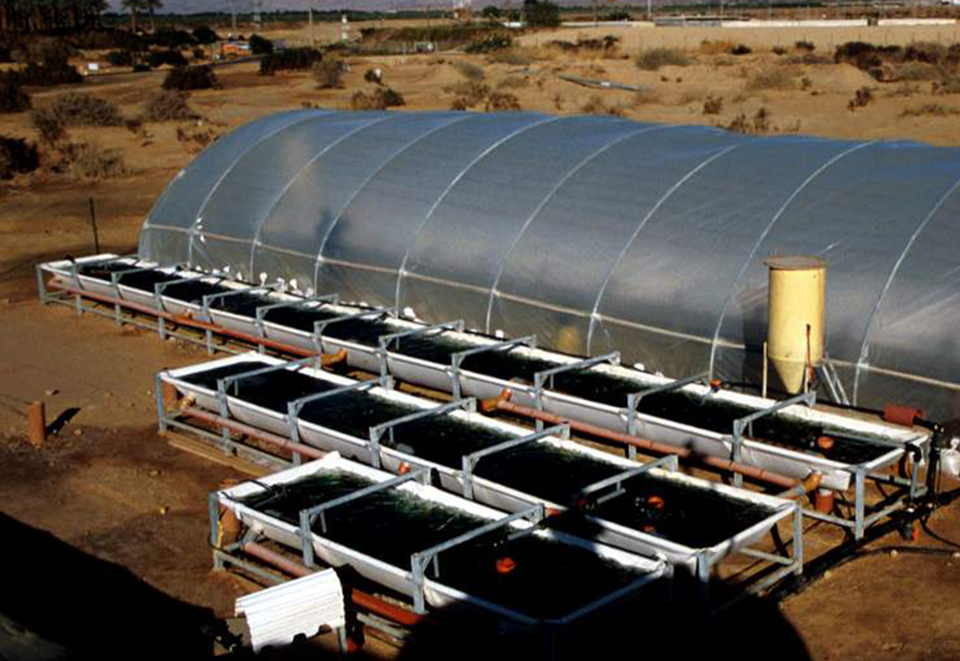