A look at tambaqui, pirarucu and other species

The Amazon basin presents the largest fish diversity in the world, and many of the local species have great potential for aquaculture. This biodiversity comes from the great differences in water quality, soils, topography, vegetation and microclimates that exist within the largest river basin in the world, which spans over 7 million square kilometers in Brazil, Bolivia, Colombia, Ecuador, Peru and Venezuela.

Most aquaculture of Amazon fish is done in ponds or small reservoirs with fingerlings acquired from private or governmental institutions. Production usually uses formulated fish feeds and little agriculture or local byproducts.

Brazil is responsible for almost 80 percent of the production of Amazon fish species in South America (Table 1.). Colombia is the second-biggest producer with almost 16 percent. There is little doubt that a significant part of the production in Latin America is unreported.

The main species cultured in the region is tambaqui (Colossoma macropomum), which is also known as cachama or gamitana. About 52,450 metric tons (MT) of the fish were produced in 2008, according to official statistics.

The Amazon native tambaqui is a fast-growing, omnivorous and hardy fish that tolerates poor water quality conditions well, particularly low oxygen levels. It has an adaptive lip that allows it to gather the oxygen-rich surface water. In equatorial climates where temperatures are always above 26 degrees-C, tambaqui can grow over 3 kg yearly, achieving standing crops of 5,000-8,000 kg/ha with little water exchange and no aeration.

Following in production volume are the hybrids of tambaqui with pacu (Piaractus mesopotamicus) from the Paraná basin in south-central Brazil, and pirapitinga, P. brachypomus. The total annual production volume for these species totals over 27,400 MT. The fish are usually grouped together and called “round fish” due to their disc-shaped body form and similarities in biology and culture requirements.

Most of the production of these species is done in ponds or reservoirs with fingerlings acquired mostly from private producers. Fingerling production represents no challenges. Feeding is usually done with formulated fish feeds that contain 28 percent crude protein.

For reference, in Brazil, the fish are usually sold at local or regional markets for prices of $2.50-3.50/kg at the producer level. These species have also been introduced to Asia, where production is reported in China, India, Bangladesh, Thailand and Indonesia.

Several Brycon species are grown in the Amazon region. The most important is Brycon amazonicus, which has a large geographic distribution in South America. The fish are omnivores and very voracious eaters. Usually fed 28 percent-crude protein pellets, they reach 0.7 to 1.5 kg in a production cycle of six to 10 months.

There are hundreds of species of catfish in the Amazon basin, but only fish from the Pseudoplatystoma genus have been cultured until now. The Pseudoplatystoma are carnivorous catfish that yield high-quality, mild-tasting, boneless fillets that attract high market prices.

The official annual production for 2009 was estimated at slightly over 3,200 MT, mainly in Brazil. The actual production numbers were likely significantly higher. Of the many species of Pseudoplatystoma in the Amazon basin, only P. reticulatum, a species also known as surubim in Brazil (among other regional names), has been cultured. P. corruscans from the Paraná River basin are also raised, usually in a cross with P. reticulatum.

Surubim are grown mostly in earthen ponds, but there is also some cage production. Fingerlings stocked at 15 grams in ponds reach market size of around 1.5 to 2.0 kg in a year. Surubim are typically fed extruded floating pellets with 40 to 42 percent crude protein and 6 to 10 percent lipid content, and achieve feed-conversion ratios around 2:1. The fish accept protein of plant origin fairly well, but usually about 25 percent of the protein in their feed comes from animal byproducts to improve palatability.

Fingerling production is a significant hurdle due to the small hatching size below 3 mm and their carnivorous habit. The fish have to be trained to accept commercial fish feeds, but several fingerling producers have been able to supply large quantities to fish farmers.

The surubim are frequently crossed within the species of the genus. Recently, a cross with Leiarius marmoratus, a less-piscivorous catfish, has become popular since it better accepts commercial feeds and has less cannibalism problems in the early fingerling stages.

Most fish are sold in the Brazilian market for prices around $4.20-5.00/kg at the producer level. Several companies are successfully exporting fillets to Europe.

Arapaima gigas, known in Brazil as pirarucu, are the biggest scaled freshwater fish in the world, achieving weights over 150 kg. They have several highly desired traits for an aquaculture species, such as fast growth that can average over 10 kg/year, air breathing, good tolerance of handling and excellent meat quality – light-colored, mild-tasting, boneless fillets. However, the carnivorous fish demand high-quality feeds with protein content above 38 percent for the grow-out phase.

There is some commercial production of pirarucu in South America, but it is still incipient. The biggest bottleneck for the increase of production is the fingerling stage, since there is little control over what triggers these fish to spawn. Fingerlings have to be trained to accept commercial pellets. A fairly intense research effort is attempting to overcome this hurdle, and a significant increase in fingerling production efficiency is expected over the next years, with a concurrent immediate increase in the production numbers.

There are many challenges for the expansion of Amazon fish culture, including limited knowledge of specific nutritional requirements, local diseases and parasites, and the low reproductive efficiency achieved so far for some species. Most of the Amazon region also has significant logistics bottlenecks that lead to difficulties for the purchase of inputs.

Production has nonetheless been growing and will continue to grow, with sales mainly concentrated in local and regional markets. An increase in international commerce of these species should be expected as production scales increase.

Fish that yield boneless filets such as the Pseudoplatystoma catfish and Arapaima gigas have the greatest potential for export, but the tambaqui, with their unique “ribs,” also have great potential. A smoked tambaqui rib product recently won the Seafood Prix d’Elite as the best new food service product during the European Seafood Exposition. 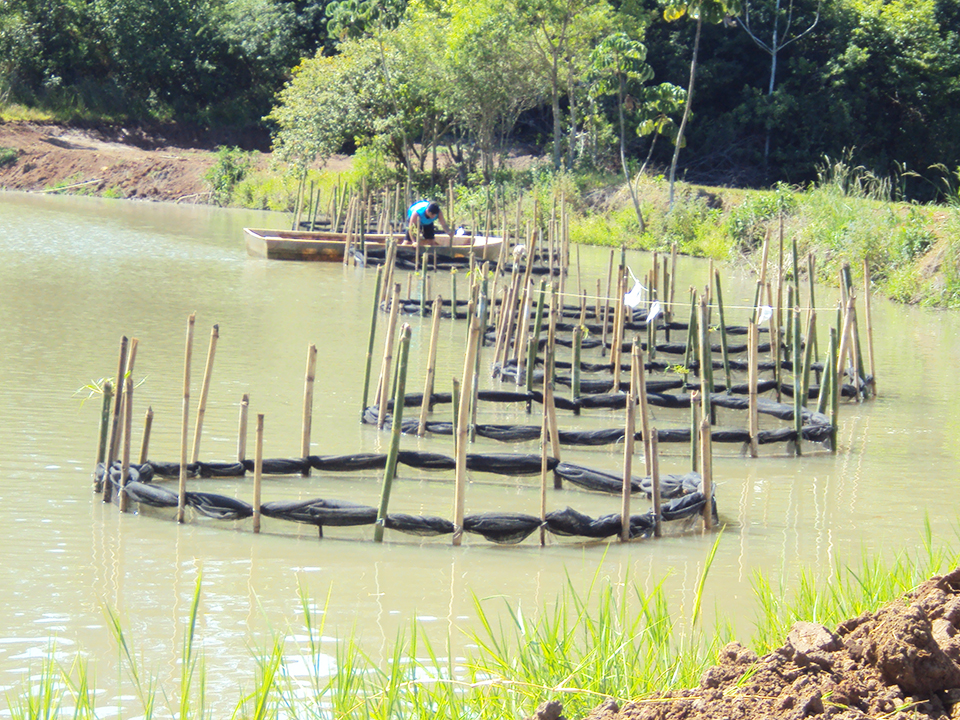