Vietnam introduced its “Doi Moi” program of economic reform in the mid-1980s, effectively establishing an “open-door policy” for outside investment. The country now occupies fourth position in the list of seafood-producing nations in Asia, behind China, India, and Thailand.

Fishing is one of Vietnam’s primary industries. Utilizing a coastline of 3,620 km, the fisheries sector consistently ranks fourth or fifth in Vietnam’s foreign exchange earnings. It is estimated that at least four million of the country’s 82 million people are actively engaged in fishing.

Aquaculture has been practiced for hundreds of years in Vietnam, as is the case in most Asian countries. However, most industry development has occurred in the last 15 years. Total aquaculture production in 1999 was around 614,500 MT produced from an area of 630,000 ha. The main farmed species include black tiger shrimp (Penaeus monodon), freshwater catfish (Pangasius spp.), white and pink shrimp (P. indicus and Metapenaeus ensis), freshwater prawn (Macrobrachium rosenbergii), and various freshwater fishes.

Vietnam produced about 20,000 MT of farmed black tiger shrimp in 1993. This amount has more than doubled in the last six years. The two main shrimp-farming areas are the Mekong Delta, in the provinces of Tien Giang, Ben Tre, Tra Vinh, Can Tho, Soc Trang, Bac Lieu, and Ca Mau; and the Central Provinces, including Binh Thuan (Phan Thiet Town), Ninh Thuan, Khanh Hoa, and Thua Thien Hue (Hue City).

Farming methods differ widely between the two areas. In the Mekong Delta, shrimp are farmed extensively in ponds built and operated by families. Pond area varies between 0.1 and 0.5 ha, and the average family has up to three ponds. There is little – if any – feeding and no aeration. Stocking density does not exceed 5 PL per square meter. Water is supplied from the extensive waterways of the Mekong Delta River system, and production averages around 500 kilograms per hectare.

Shrimp farms in the Central Provinces are generally semi-intensive, with larger ponds averaging 0.5 ha. Aeration and feeding are common, and both local and imported feeds are used. Stocking densities range from 10 to 25 PL per square meter. Water is typically drawn from the sea into reservoirs. Production averages 600 to 1,500 kg per pond (1.2 to 3.0 MT per hectare).

The black tiger shrimp is considered the “glamour” aquaculture species in Vietnam, but the greatest success story in terms of production and marketing is undoubtedly the freshwater catfish.

Vietnam’s catfish industry started in the late 1970s, and by the mid-1980s a small quantity of product was being exported to Australia. However, the industry really started its strong development in 1990. Total production of the commercially exportable species reached 40,000 MT by 1999.

The main farming areas are located in the provinces of An Giang and Dong Thap, near the Cambodian border. However, other provinces adjoining the Mekong River, after seeing the commercial success of this species, are promoting their own aquaculture projects.

Farmed catfish reportedly have very low incidences of pathogens. It has been speculated that this is due to the high tidal fluctuation (around 9 meters) and fast currents in areas where cages are located. Farmers have also installed aeration devices at both ends of the cages to further promote water flow.

There are two main catfish species being farmed, Pangasius bocourti and P. hypothalamus. Fingerlings of the former species are still imported from Cambodia, where fishermen catch the wild fingerlings and rear them until they are 3 months old, when they are sent to Vietnam.

A hatchery project was started in 1996 with French assistance. Success in producing P. bocourti fingerlings has been nominal, but in the last two years the hatchery had tremendous success in the production of P. hypothalamus. In 1999 the hatchery produced over 100 million fingerlings of this species. Plans are under way to increase the production and build a new, 5-ha hatchery.

Most catfish production takes place in cages anchored in the Mekong River. Typically 30 meters long, 15 meters wide, and 12 meters deep, they are built of bamboo and PVC pipes. An average cage costs around VND 500 million ($35,000 U.S.) to build, and produces around 150 mt of whole fish. Fingerlings are introduced at 3 months old, grown out over a period of nine to 12 months, and harvested at a size of 1.2 to 1.5 kg. The catfish are typically fed a mixture of small pelagic fish, rice husks, vitamins, and minerals, although some farmers tried pelleted shrimp feed with mixed results.

Harvested fish are transferred from their cages into “cage boats,” which sail slowly down the Mekong River with their live cargo to the awaiting processing plants. The main catfish processing plants are located by the river, where they have built holding cages. When the cage boats unload into the holding cages, the factory can then keep the fish alive, bringing in only enough quantity to meet production capacity.

Because catfish are cage cultured in Vietnam, none of the “muddy” taste normally associated with catfish is found in this species. In addition, in order to achieve a “neutral” taste, farmers stop feeding for three days prior to harvest to allow the fish to purge themselves.

Catfish flesh is white in color, with a mild taste and flaky texture. Before increased monitoring of seafood products in recent years, its qualities allowed it – in skinless, boneless fillet form – to be labelled and distributed by many different names. Pacific dory, flounder, grouper, and sole were the most common, but more exotic names such as white roughy were also used.

Europe is still an important consumer of cultured Vietnamese catfish, where it is know as Pangasius, but over the last three years the U.S. (where it is sold as Mekong Ba Sa) has become the main export market.

Vietnam has developed a strong aquaculture industry that has great potential for further expansion. The local government, particularly the Ministry of Fisheries, strongly supports the seafood industry in Vietnam, as it generates valuable foreign exchange and puts food on the table for many of its people. Officials are aware of the need for sustainable aquaculture, and are implementing five- and ten-year development plans that promote this objective. 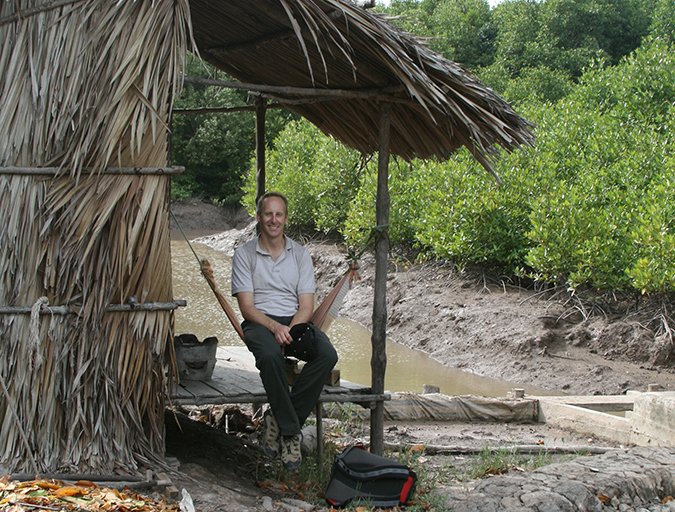 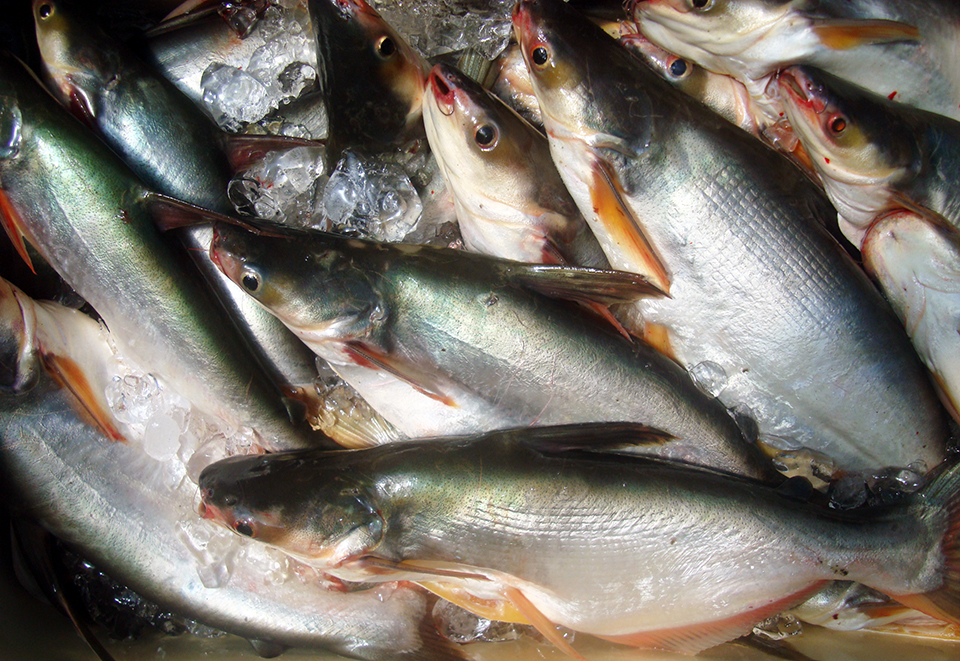 How is pangasius perceived in Norway?

In a study of Norwegian consumers asked to evaluate pangasius fillets, the extrinsic cues corporate social responsibility, endorsement and country of origin had different effects on evaluative variables. 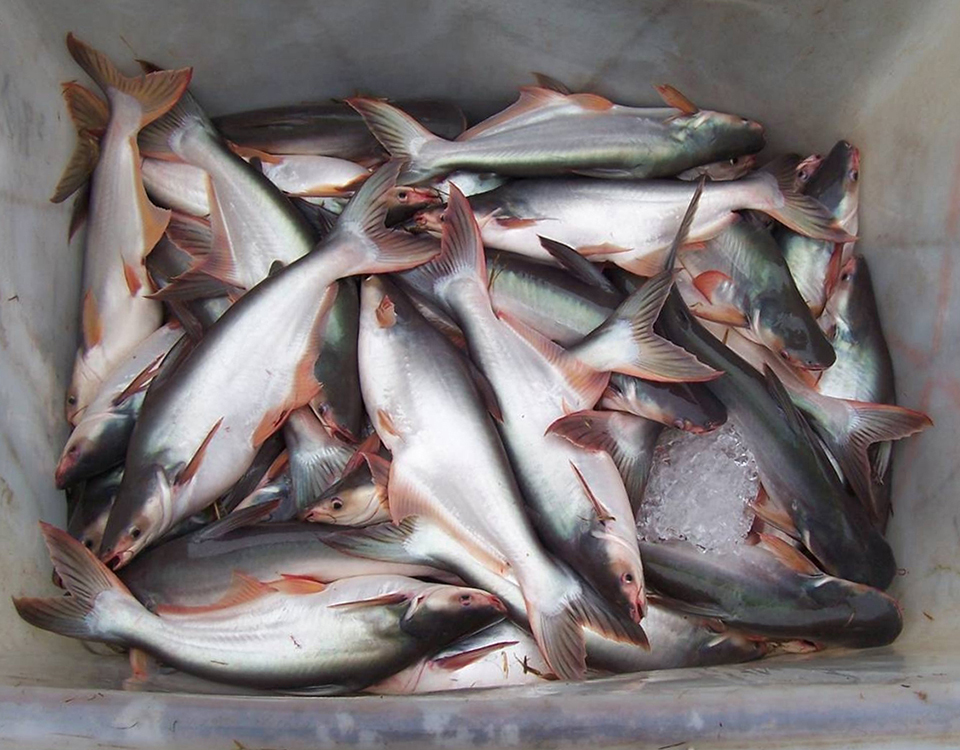 With pangasius imports growing in Central and South American production areas, one response is to introduce the fish as a new aquaculture species. 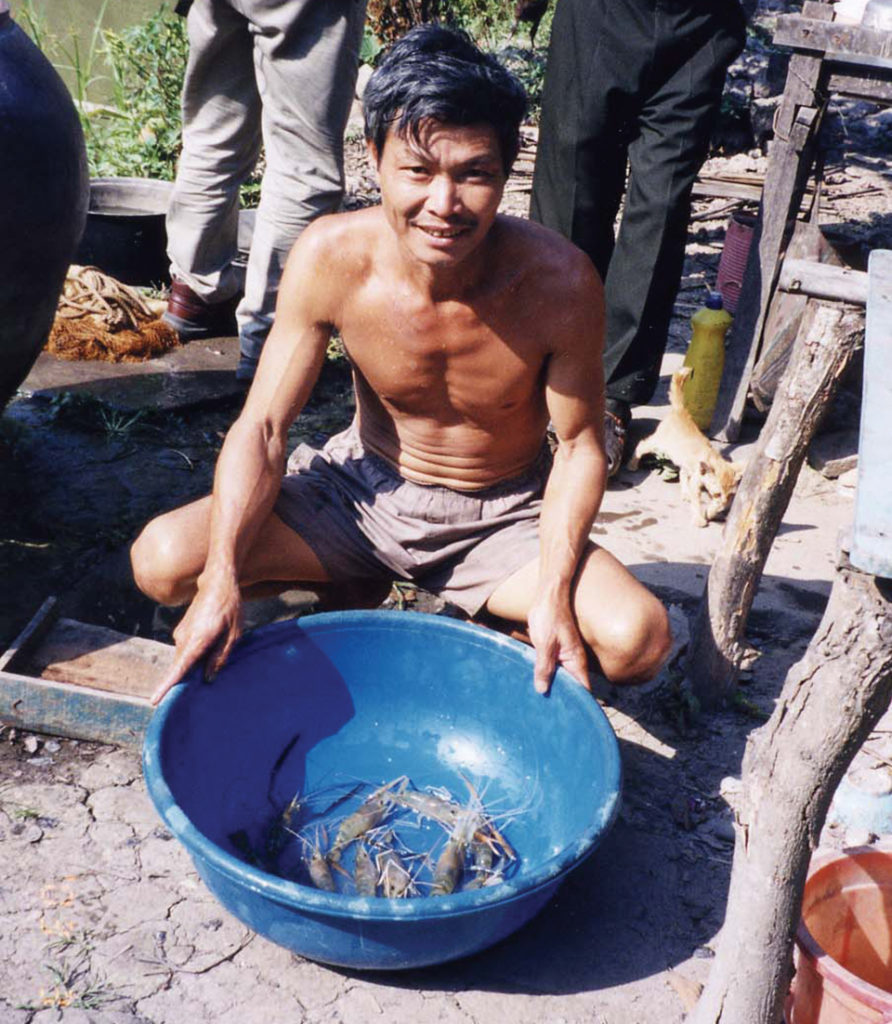 Hatchery development for freshwater prawns, based on the modified greenwater system, is making expansion of aquaculture in Vietnam’s Mekong Delta possible.